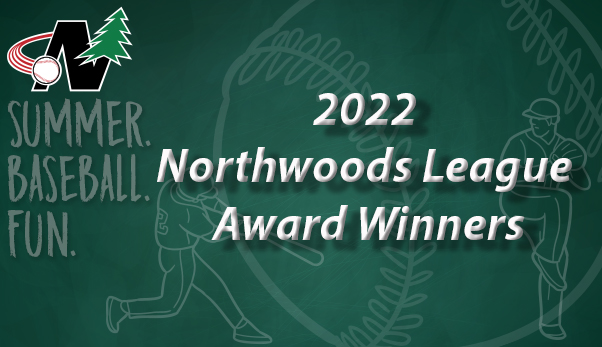 Rochester, Minn. – The Northwoods League has announced that Monica Blake of the Bismarck Larks and currently of the Minot Hot Tots, has been named the 2022 Northwoods League’s Most Valuable Team Member. In another vote by team officials, the Traverse City Pit Spitters were awarded the Promotion of the Year for their Up North Cork Dorks alternate identity and the St. Cloud Rox were awarded the Community Program of the Year for their Project S.A.V.E. Foundation.

Monica Blake recently finished her fourth season with the Bismarck Larks. Monica started as a merchandise intern in 2019 and her work ethic and dedication to the team earned her a full-time position in 2020. During her time with the Larks, Monica has worked across many departments and held various positions. This includes sponsorship sales and activation, inside ticket sales, operations, merchandise, and special events. Her experience has made her an asset to the organization, sponsors and even coworkers. Monica was recently named the GM of the expansion Minot Hot Tots.

The Traverse City Pit Spitters were awarded the Promotion of the Year for their alternate persona, The Up North Cork Dorks. A “Cork Dork” is an affectionate term for a wine enthusiast, and the Pit Spitters adopted

the name as a salute to the more than 40 great wineries along The Traverse Wine Coast. The Cork Dorks game on Friday, August 5th had an attendance of 3,928 – the second largest attendance of the season.

Cork Dorks merchandise has been shipped to 30 states, plus Washington D.C. and Canada. The top purchasing states were Michigan, Illinois, Wisconsin, California, and Texas.

The St. Cloud Rox were awarded the Community Program of the Year award for their Project S.A.V.E. Foundation. A 501(c)(3) non-profit organization created by the Rox Baseball Club that supports youth programs throughout Central Minnesota in the areas of Sports, the Arts, Volunteerism activities, and educational initiatives. In just over three years of operations, the Rox Project S.A.V.E. Foundation has raised close to $200,000 through corporate partnership assistance, game night fundraisers, and special events. The Project S.A.V.E. Foundation is seen as one of the most unique charitable organizations in the Central Minnesota region with its reach and capability of serving more than 40 communities.

The Northwoods League is proud to recognize these most worthy award winners for the 2022 season.