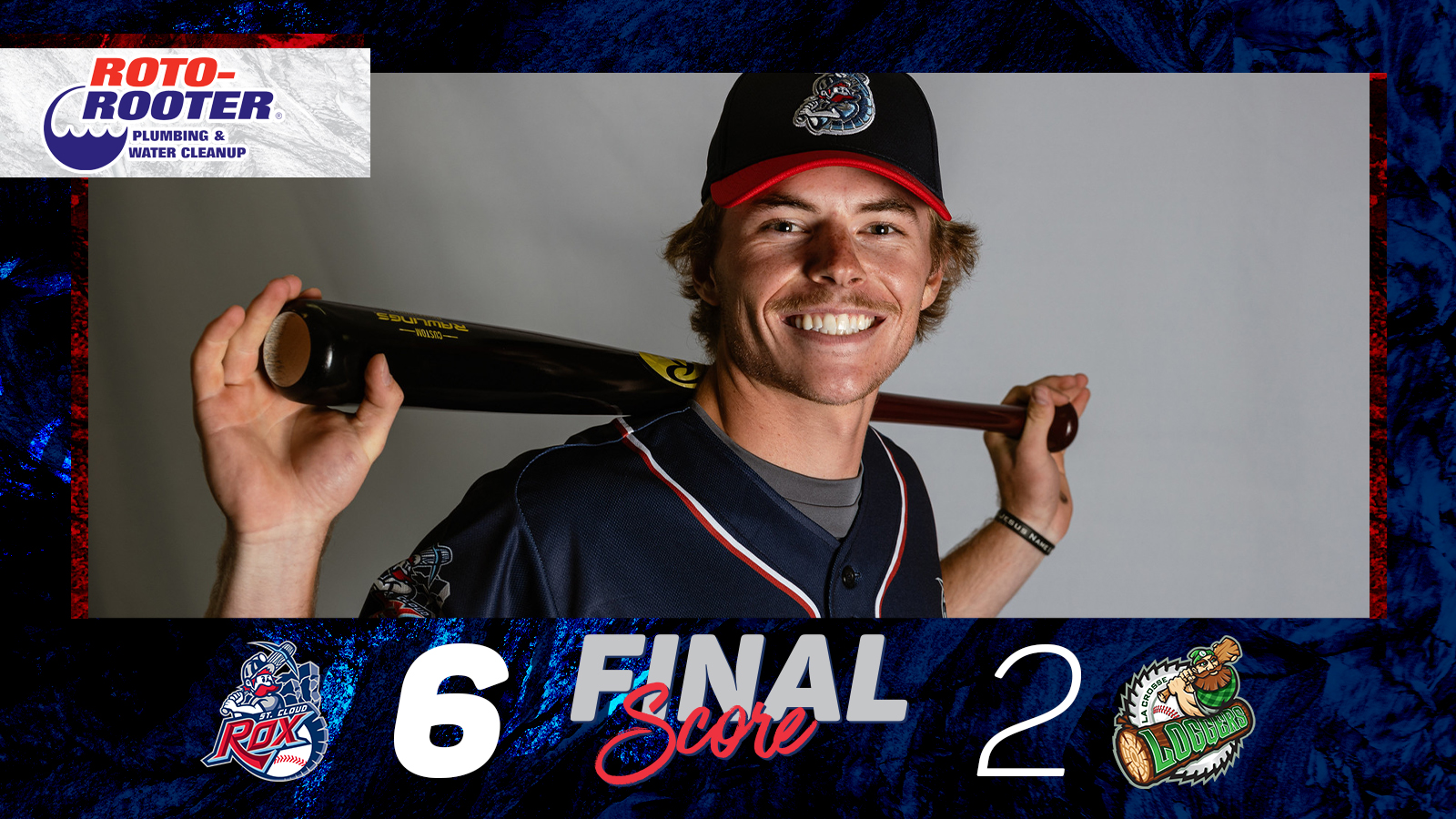 La Crosse, WI – St. Cloud (4-0) finished off a second consecutive sweep on Thursday night with a 6-2 win over La Crosse (1-3) to finish its long road trip still undefeated on the season.

The Rox did most of their damage in the top of the seventh inning. With two outs, John Nett (St. Cloud State) started the rally with a triple down the right field line to bring in one run and then scored on a wild pitch a few pitches later to make it 4-1.

Then, the floodgates opened, Charlie Condon (Georgia) doubled to bring in another run, his eighth RBI of the season. He came around to score off Jack Steil’s (Nebraska) second hit of the day out to left-center.

St. Cloud led the game from wire-to-wire after scoring two in the first inning. Magnum Hofstetter (Hawai’i) doubled to right to put the Rox up 2-0 early.

The bullpen shined for St. Cloud with Logan Herrera (Minot State) and Aiden Adams (Tarleton State) each throwing two innings. Herrera earned the win after Zane Badmaev (Tarleton State) closed it out with two strikeouts in a scoreless night.

After completing the four-game road trip to start the season, the Rox finally get to return to the friendly confines of the Rock Pile. St. Cloud’s home opener is scheduled for 7:05 pm on Friday against the Minnesota Mud Puppies with post game fireworks at Joe Faber Field.