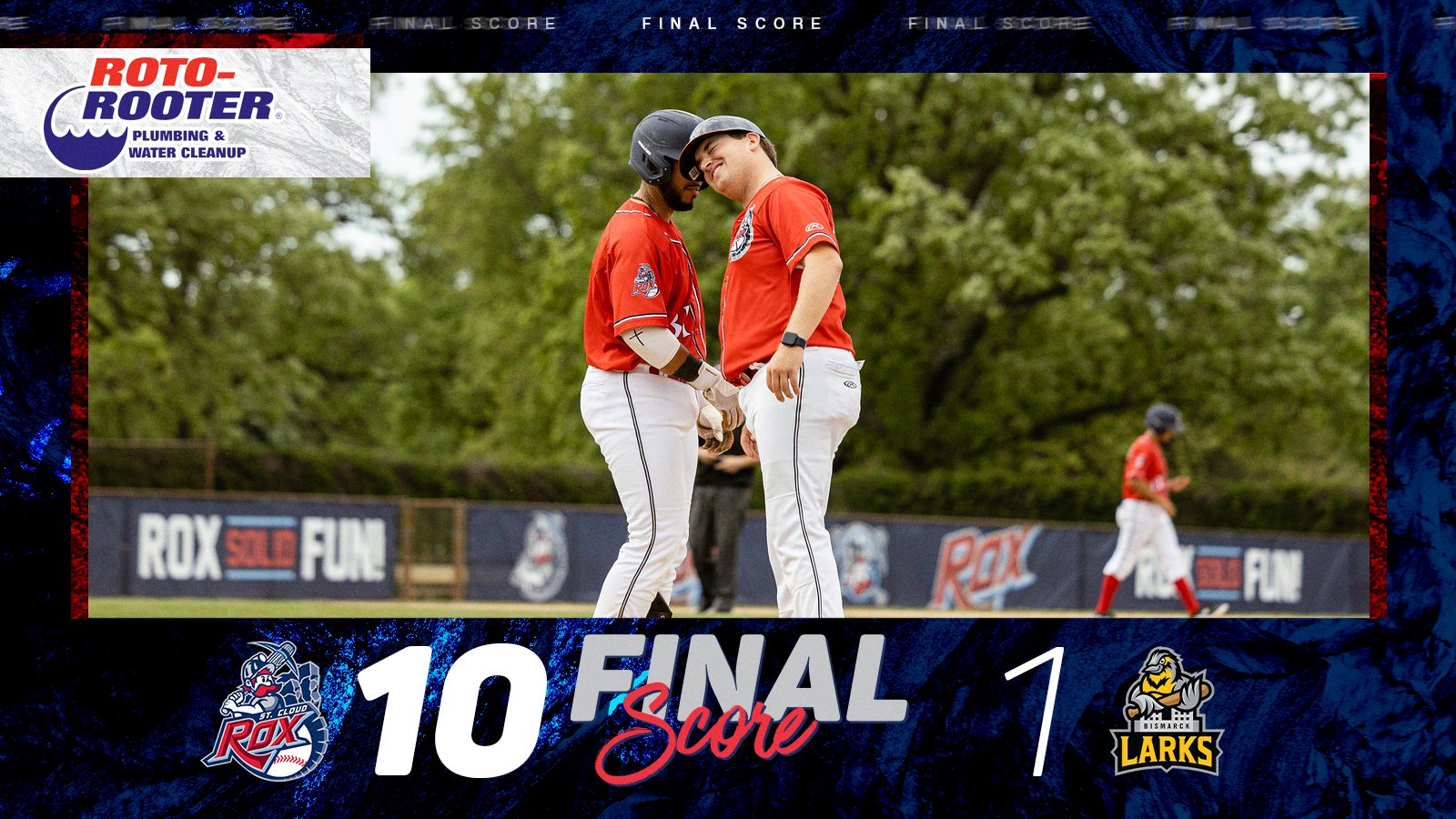 St. Cloud, MN – St. Cloud (8-0) led from start to finish in a 10-1 victory over Bismarck (3-4) to take their franchise-record start to eight straight wins to start the year.

On the bump, the Rox threw a combined one-hitter, keeping the Larks from getting any closer throughout the night. Kaden Krowka (Tarleton State) made his second start on the mound and threw four scoreless innings to get the Rox started.

His Tarleton teammate, Aiden Adams followed up with two scoreless frames of his own. Adams loaded the bases in the fifth with nobody out, but struck out two batters to strand all three runners on base and keep the Larks scoreless.

Late in the game, Brady Posch (Nebraska-Omaha) threw for the first time this summer and sent the Larks down in order in the eighth. Then, Janzen Keisel (BYU) closed it out in the ninth, striking out the side.

The Rox took the lead early and never looked back, scoring four runs in the first. Brice Matthews (Nebraska) doubled to left and drove in two to start the scoring. He would score on a base hit from O’Neill Burgos (Southern)

John Nett (St. Cloud State) had his best game of the season in the leadoff spot. Nett went 3-4 with a double, an RBI and scored three runs to pace the Rox to ten runs and the victory.

St. Cloud continues its five-game homestand with Thursday’s series finale against Bismarck from the Rock Pile. First pitch from Joe Faber Field is scheduled for 7:05 pm.