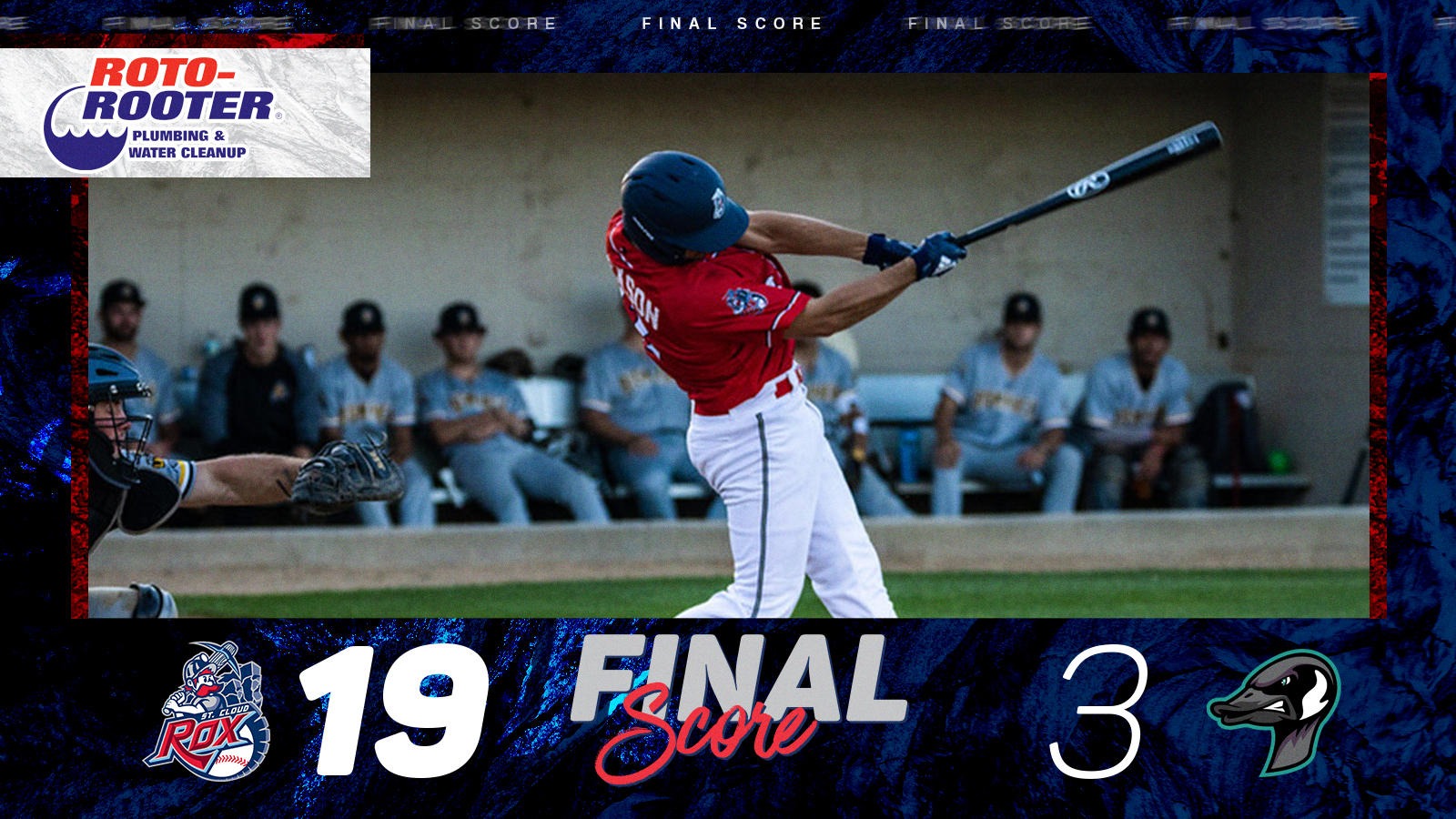 Ethan Mann (New Mexico State) started the scoring with a two-run home run in the second, his first of the season. Then, Mann capped off the Rox’ big day in the ninth with a three-run blast down the left field line.

It was a big day for Ryan Jackson (Nevada) at the plate as well, as he belted his first home run of the season in the seventh inning. Jackson finished the evening with three hits to help the Rox to the big win.

For the second time on Thursday, the Rox scored eight runs in an inning. St. Cloud erupted in the fourth frame with Josh Cowden (BYU) capping it off with his third home run of the season, a three-run homer to right.

Eight of nine hitters in the Rox order recorded a hit on Thursday night. Brice Matthews (Nebraska) and Charlie Condon (Georgia) each recorded three hits as well to keep the Rox’ offense rolling.

St. Cloud got it done on the bump as well with Kaden Krowka (Tarleton State) throwing a season-high six innings on the mound. The only blemish on his line was a three-run home run in the third.

Brady Posch (Nebraska-Omaha) came in to close the game out in the eighth and ninth. Posch struck out four batters and tossed two scoreless innings to finish out the victory.