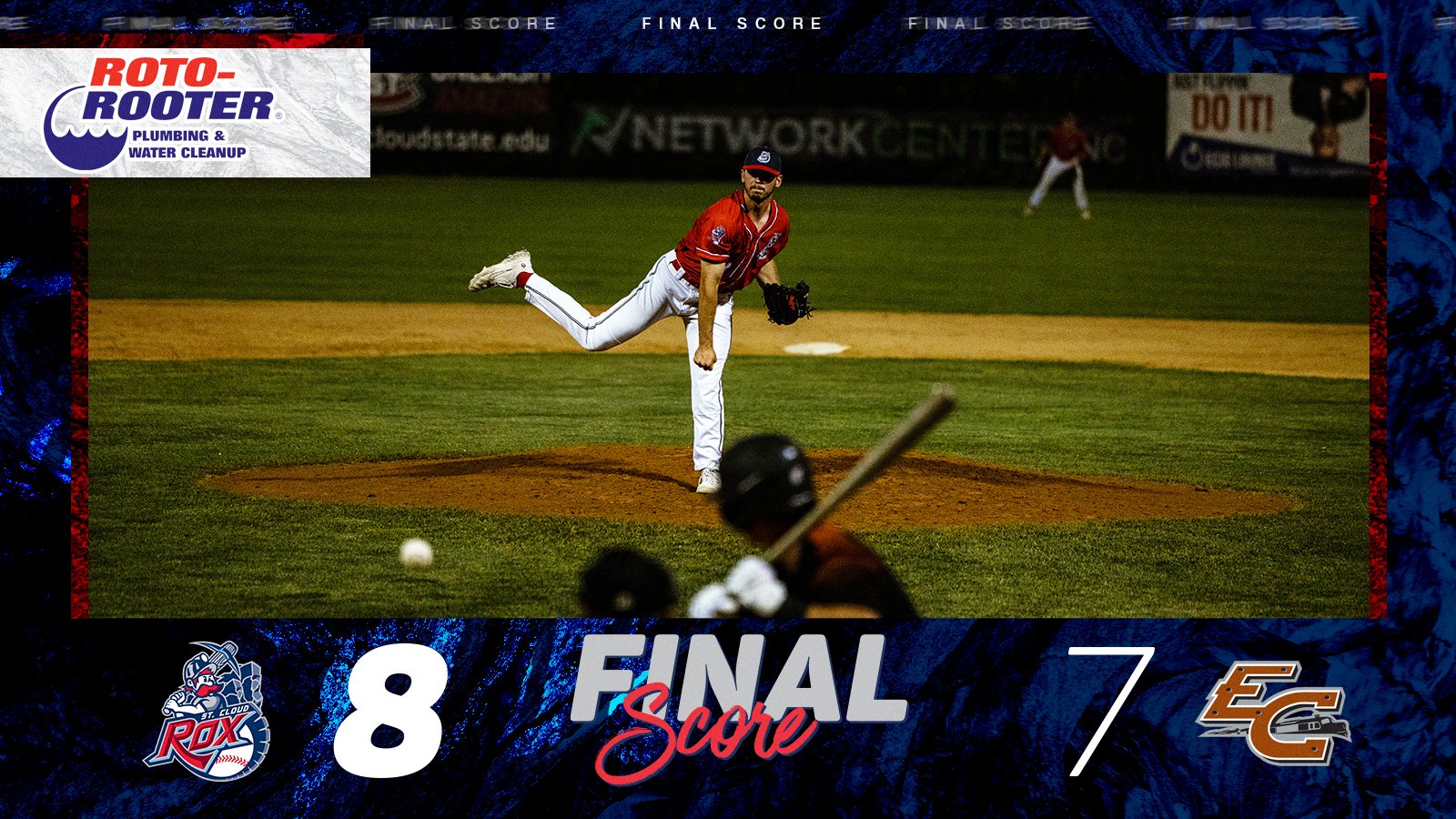 Jack Steil (Nebraska) had a big game to help the Rox complete their comeback. Steil doubled in the bottom of the second to help St. Cloud answer the four runs from Eau Claire in the top of the inning. Then, he drove in two runs in the fourth to give the Rox the lead back.

The top of the order also came through big for the Rox as John Nett (St. Cloud State) and Trevor Austin (Mercer) each recorded two early hits. Nett and Austin combined to score five of the Rox’ eight runs on Saturday.

The Rox relied on the bullpen for eight innings of work to get the win over the Express. Derek Lilledahl (Minnesota State-Mankato) recorded five big outs in the middle of the game to help the Rox hold onto the lead and earned the win.

Chase Grillo (Washington State) came out of the bullpen in the ninth and recorded a perfect inning to preserve the victory. Grillo now has ten saves in his ten appearances this season to lead the Northwoods League.

The Rox head on the road to complete this four-game series with the Express on Sunday and Monday. Sunday’s game is scheduled to start at 2:05 pm from Carson Park. St. Cloud returns home on Wednesday to start the second half against the Willmar Stingers. First pitch from Joe Faber Field is scheduled for 7:05 pm.