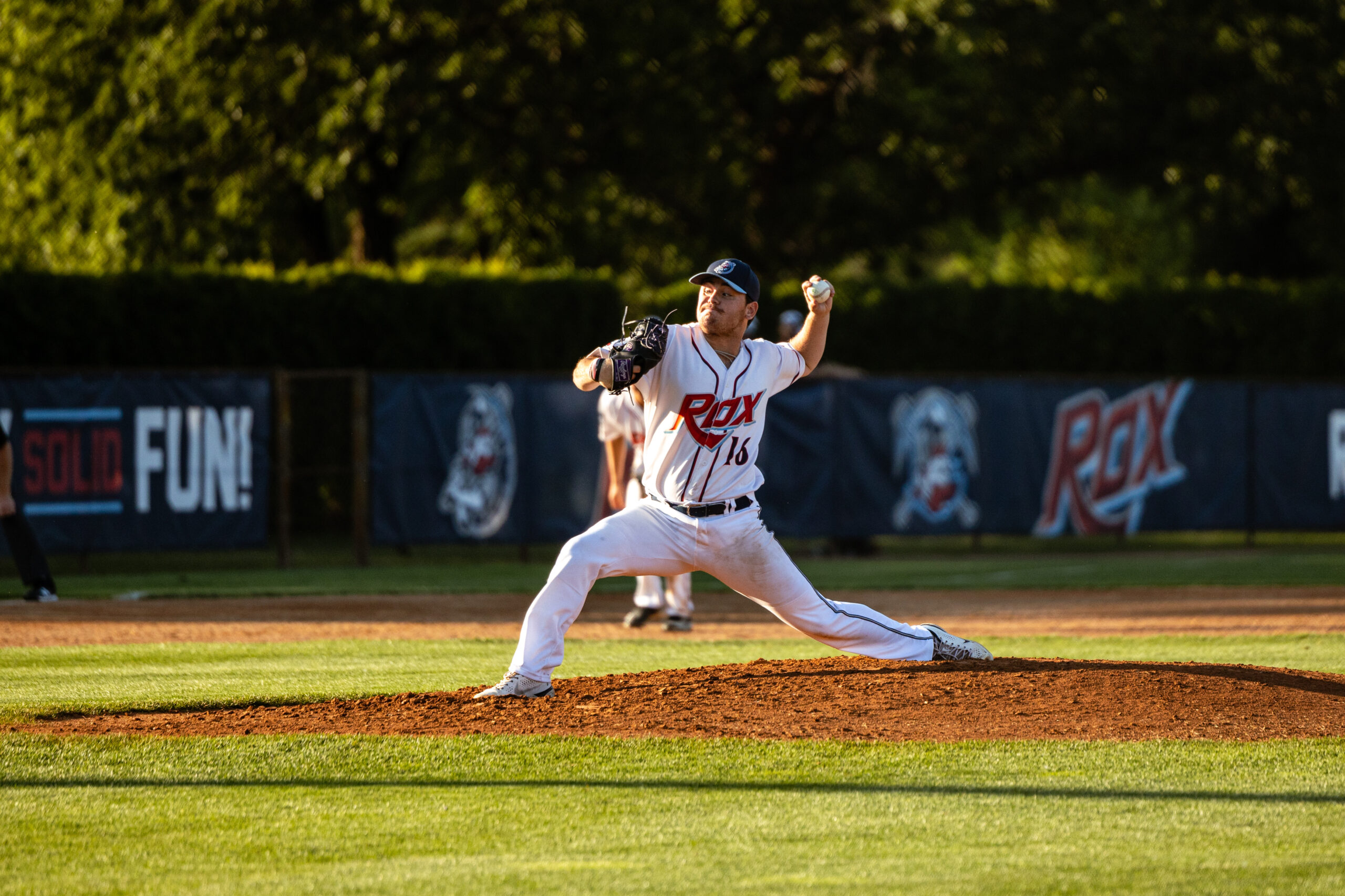 Garrett Pennington (Central Missouri) became the second newcomer this week for the Rox to announce his arrival with a home run. In the fifth inning, Pennington hit a solo shot to straightaway center field to help St. Cloud erase an early 4-0 lead.

Earlier in the game, John Nett (St. Cloud State), made his presence felt as he typically does, scoring in the first inning to extend his league-leading total to 63. Nett finished the day with two hits including an RBI double in the second.

Aiden Adams (Tarleton State) made his first start of the season on Wednesday night and struggled early. However, Adams responded with two shutout innings to eat up some innings and get to the Rox bullpen.

Late in the game, Brady Posch (Nebraska-Omaha) finished the game off with one of his best outings of the season. Posch posted zeroes in the eighth and ninth including a big double play late.

The Rox continue their season-long six-game homestand on Thursday, starting a series with the Waterloo Bucks for the first time since May. First pitch from the Rock Pile is scheduled for 7:05 pm.