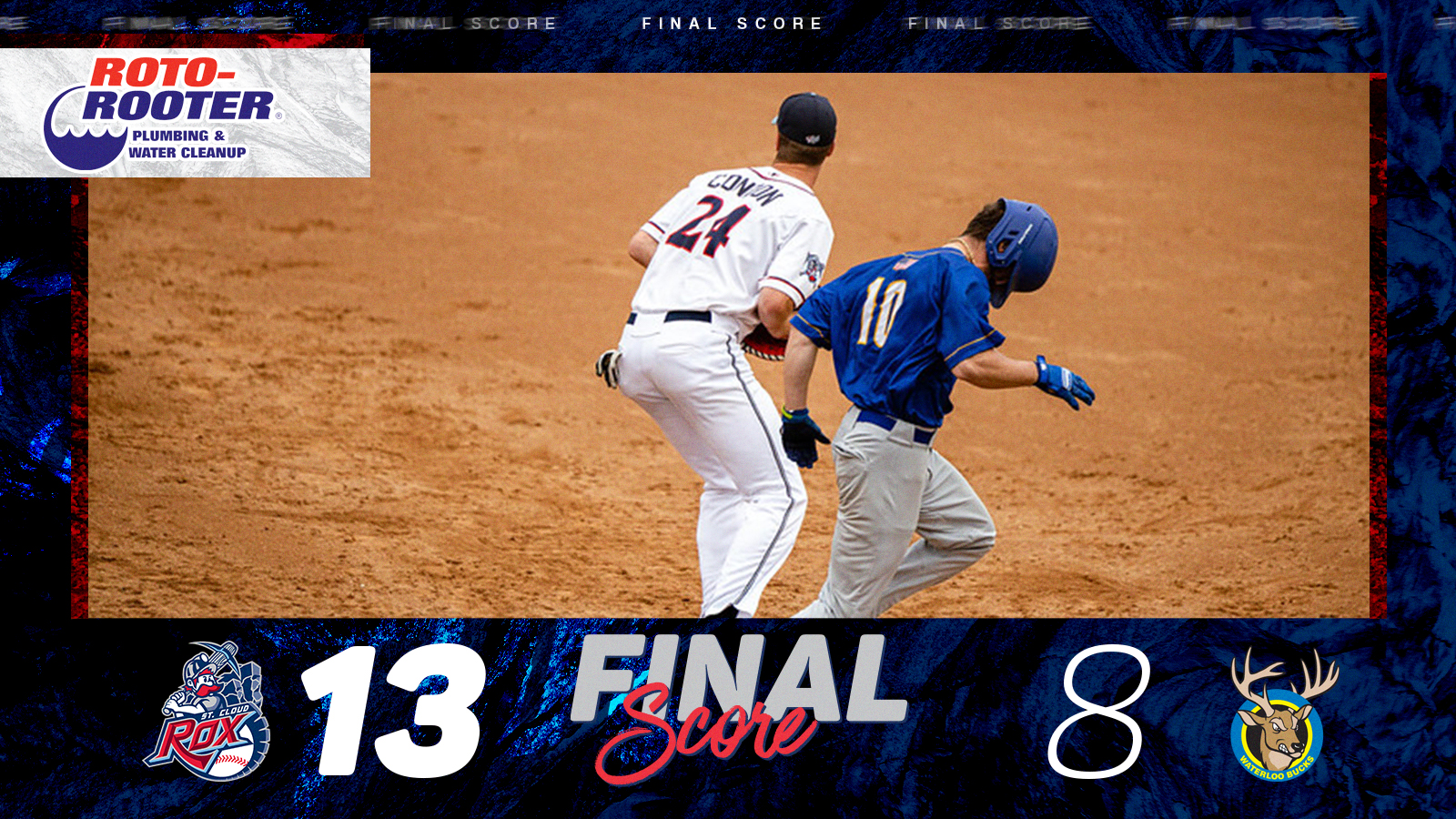 Charlie Condon (Georgia) had one of his best games of his spectacular season, leading the Rox offensively. Condon came through with four hits, including three doubles and drove in five runs to bring his Northwoods League leading total to 65 on the summer.

One of Condon’s doubles came in a seven-run sixth inning to drive in two runs. Jack Steil (North Dakota State) launched a double off of the left-field fence to bring in two more tallies. Steil finished the day with two hits and reached base three times.

In total, the Rox put up 14 hits and all nine position players for St. Cloud had at least one hit on Tuesday. Evan Sipe (San Diego State) and Ike Mezzenga (Minnesota) each had big doubles to lead off innings and help St. Cloud start rallies.

The bullpen came through on the mound for the Rox late with Danny Glenos (Montevallo) throwing two scoreless frames in the fifth and sixth. When Glenos ran into trouble in the seventh, Brady Posch (Tarleton State) came in and got five outs to get the Rox into the ninth.

Carter Petron (Southwest Minnesota State) finished the game off in the ninth to get the Rox their fifth straight win. Petron retired three straight Bucks to close off the victory.

The Rox return home for the final home series of the regular season against the Minnesota Mud Puppies on Wednesday. First pitch from the Rock Pile is scheduled for 7:05 pm.