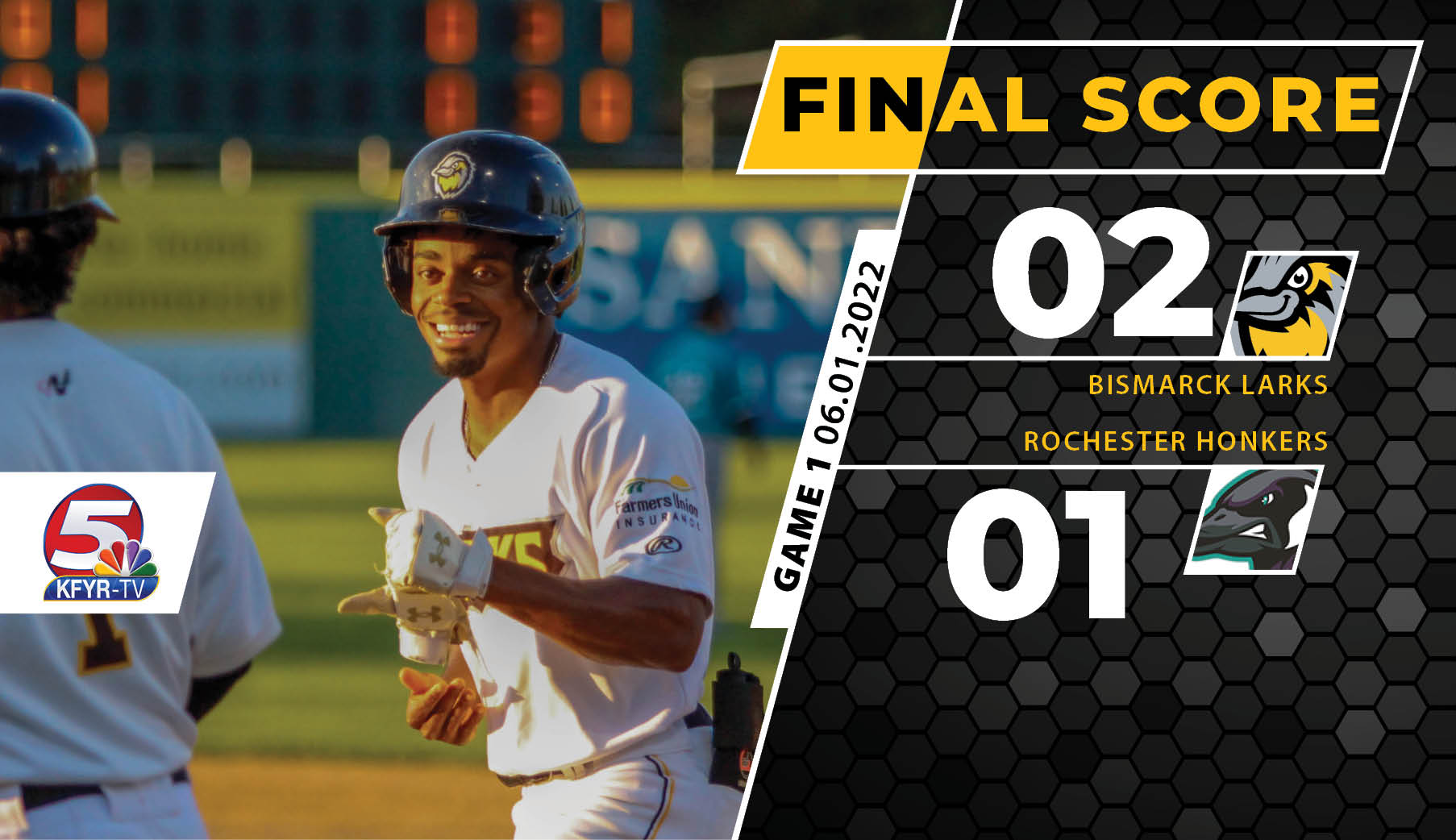 The Larks took home the Opening Night victory over the Rochester Honkers in a pitcher’s duel, 2-1. Wednesday’s game was presented by KFYR-TV.

Seth Brewer (Northern State) got the win after a dominant performance on the mound. In five innings, Brewer struck out nine batters, allowed three hits, and had only one earned run. Brewer recorded the Metro Area Ambulance Fastest Pitch of the Game at 89 mph.

Honkers starter Lance Santerre (San Francisco) held the Larks at bay in the first two innings after striking out six batters in a row. He finished with nine strikeouts, three hits, and one earned run on the evening. Cam Holycross (Indiana State) gave up two hits in relief, striking out four batters, and allowed no earned runs.

At the plate, Joseph Kalafut (Edgewood College) went 2-for-4 and came around to score one of the two runs in the bottom of the fourth. Kalafut also earned the Fetzer Electric Play of the Game with a diving catch in center field to keep the Honkers off the board.

Reggie Williams (CSU Pueblo) delivered the only RBI for the Larks in the bottom of the fourth with a clutch single that drove in Kalafut. Jake Hjelle (Minnesota-Crookston) and Kaiden Cardoso (Minot State) both had base hits as well.

On the hill for the Larks, Andrew Paten (Columbia College) came in relief with two innings of perfect pitching. He struck out three batters and gave up no hits and no earned runs.

In clutch fashion, Nate Boyle (Toledo) came in for the save in the top of the ninth only up by one run. Boyle struck out two batters and clinched the win for the Larks.

In his second at-bat, left fielder Khalid Collymore (Montevallo) was carried to the plate in a kayak carried by his teammates, just one of the many fun and creative at the ballpark.

lThe Larks are back in action tomorrow at 6:35 PM on ESPN+ for Teddy Bear Toss Night, presented by Medora.