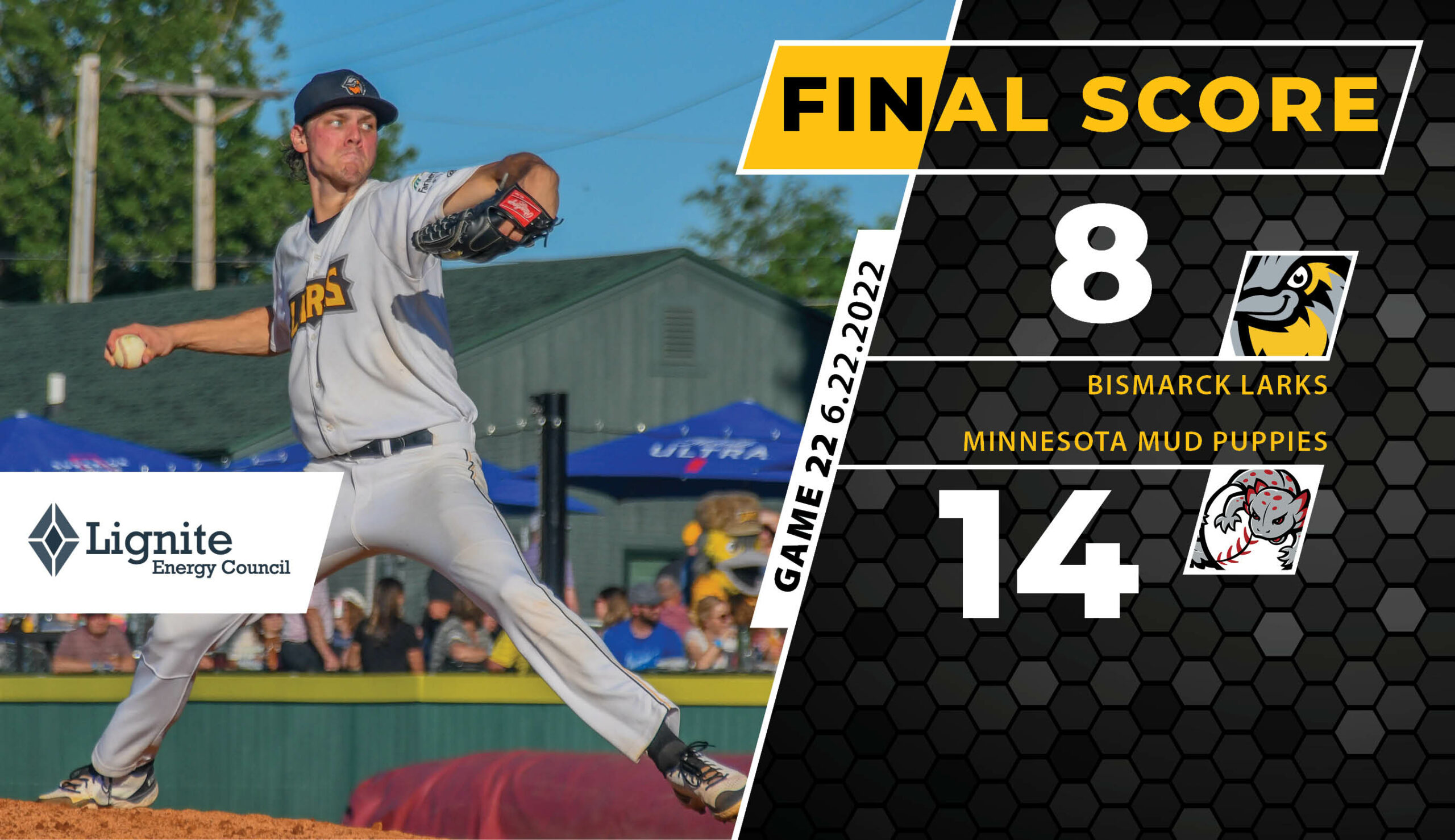 The Bismarck Larks dropped the second game of a four-game series to the Minnesota Mud Puppies, 14-8. Tonight’s game was the Kids’ Choice Awards: Teacher Edition, presented by Lignite Energy Council.

On the hill for the Larks, Luke Hempel (CSU – San Bernardino) got the start, giving up three earned runs, eight hits, and struck out five. Kevin Wiseman (Arkansas State) made his second appearance on the mound this year for the Larks and delivered the Metro Area Ambulance Fastest Pitch of the Game, at 94 mph.

The Larks combined for a total of 12 hits, three coming from Daryl Ruiz (CSU – San Bernardino). Ruiz finished three for five with two runs scored, and two RBI. Jake Hjelle (Minnesota – Crookston) had a solid day at the plate going three for four with two scored runs and an RBI.

Hjelle also had an assist in the outfield when he threw out a Mud Puppies runner at home in the top of the second inning, the Fetzer Electric Play of the Game.

The Mud Puppies saw good performances from almost every batter in the lineup. Five batters finished with multiple hits, including Jackson Hauge (Minnesota State – Mankato) who finished two for four with three RBI, including a two-run home run. Gunner Wicklund, in his first appearance as a Mud Puppy, went three for five with a double and an RBI.

The Larks face off against the Mud Puppies for the third game of a four-game series tomorrow at 7:05 PM. Tomorrow’s game features a pre-game Charity Softball game between the USA Patriots Softball Team and the Celebrity team, presented by McQuade Distributing and Tap-In Tavern. Gates open at 4:30 PM.