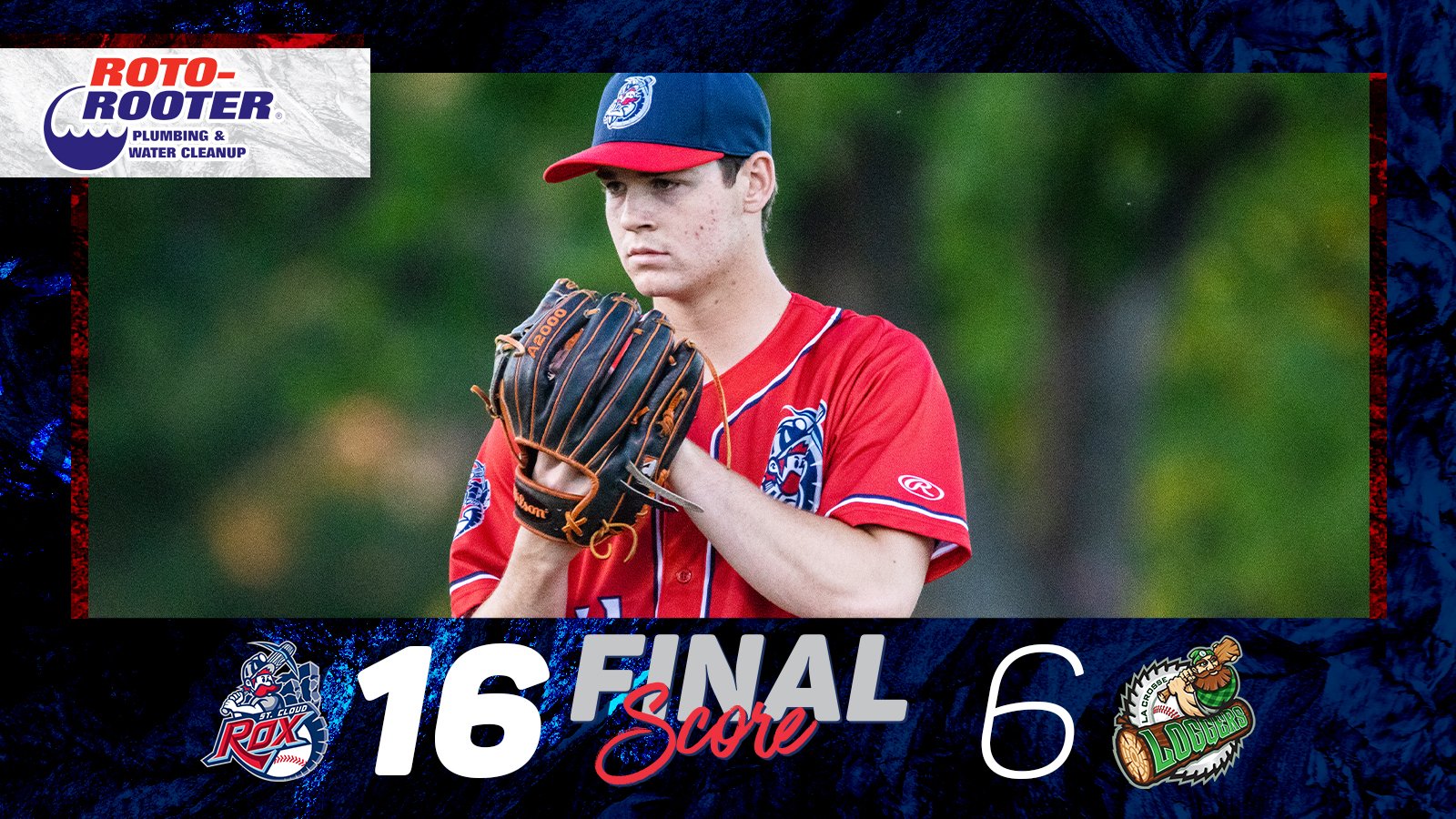 Josh Cowden (BYU) built on his torrid start to the season in the eighth with a solo home run to lead off the inning. Cowden would follow that up with a second home run in the same inning, this time, a grand slam over the right field fence.

Another early standout for the Rox, Charlie Condon (Georgia), drove in two more runs earlier on in the game. Condon now has 7 RBI’s in the first three games of the summer.

Brady Prewitt (CSU-Pueblo) also had a solid night at the plate. After driving in three runs in the first two games against Waterloo, Prewitt added two more RBI’s in the opener against La Crosse.

The Rox finish their series against the Loggers and the four-game road trip on Thursday in La Crosse. First pitch from Copeland Park is at 6:35 pm. St. Cloud’s home opener is scheduled for 7:05 pm on Friday against the Minnesota Mud Puppies with post game fireworks at Joe Faber Field.