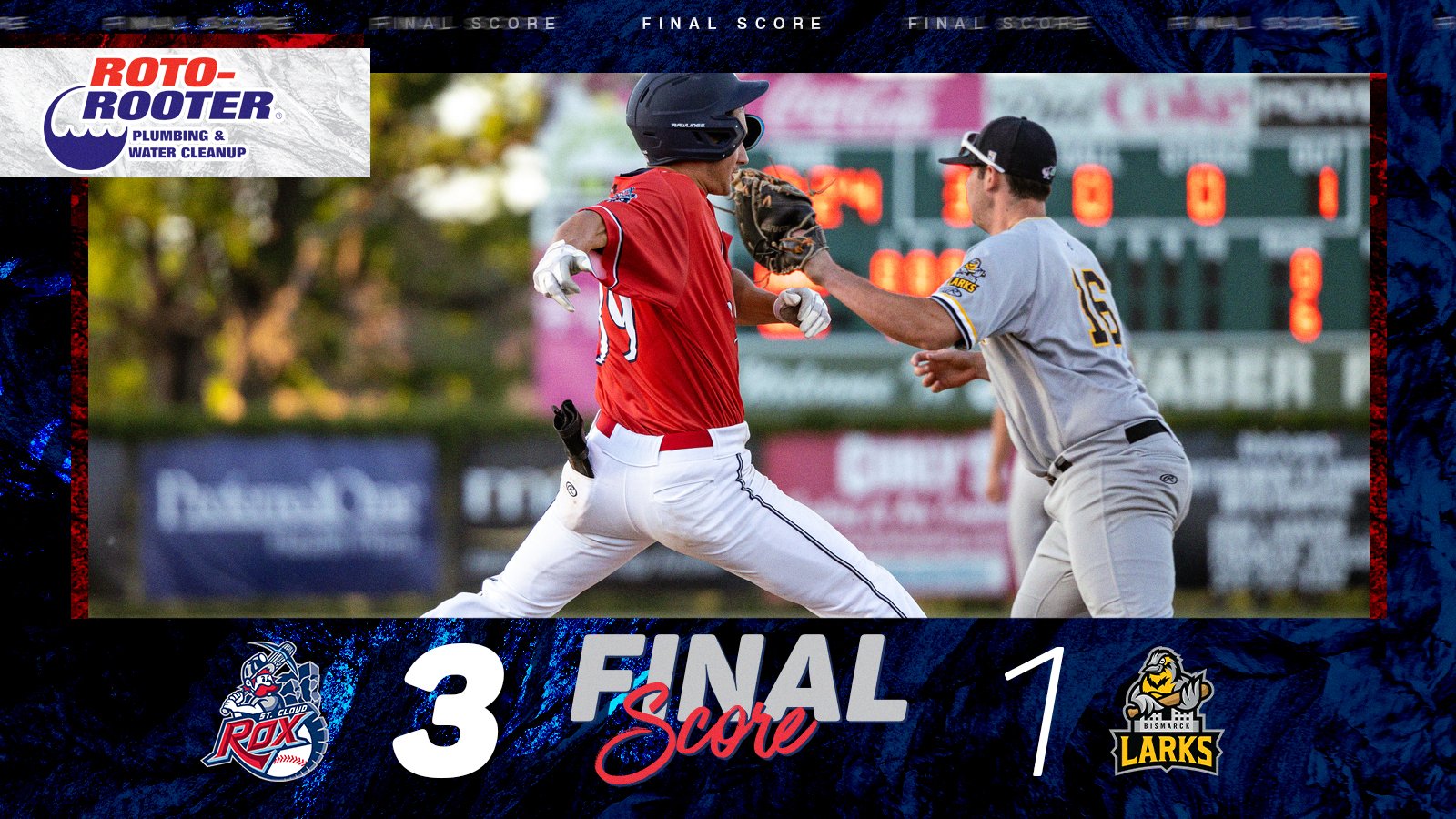 St. Cloud, MN – In a low-scoring game late into the night, St. Cloud (9-0) scored three runs in the seventh to finish off a sweep of Bismarck (3-5) on Thursday.

Neither team scored into the seventh inning as the Rox relied on starting pitcher Nathan Culley (Minnesota State-Mankato) to keep the game scoreless. Culley turned in a second straight quality start, allowing just one run in six-and-two-thirds innings on the mound, striking out five.

After Bismarck rallied for a run in the seventh, the Rox rallied to take their first lead of the game in the bottom of the inning. Ryan Jackson (Nevada) came in as a pinch runner and scored on a wild pitch to tie the game.

Then, John Nett (St. Cloud State) came in to take the lead on a sacrifice fly from Trevor Austin (Mercer). Nett finished the series with five hits in seven chances.

The final run came across as Ethan Mann (New Mexico St.) singled to right-center to drive in Albert Choi (NJIT).

Choi finished the game with three hits, including a huge bunt single in the seventh that helped the Rox start the rally in the seventh. In just three games with the Rox, he has already recorded six hits.

In the ninth, Chase Grillo (Washington State) closed out the victory, retiring three straight Larks. Grillo has already recorded three saves through the first nine games of the year.

St. Cloud continues its five-game homestand with on Friday night, starting a series with the Duluth Huskies. First pitch from Joe Faber Field is scheduled for 7:05 pm with a fireworks show scheduled after the game.