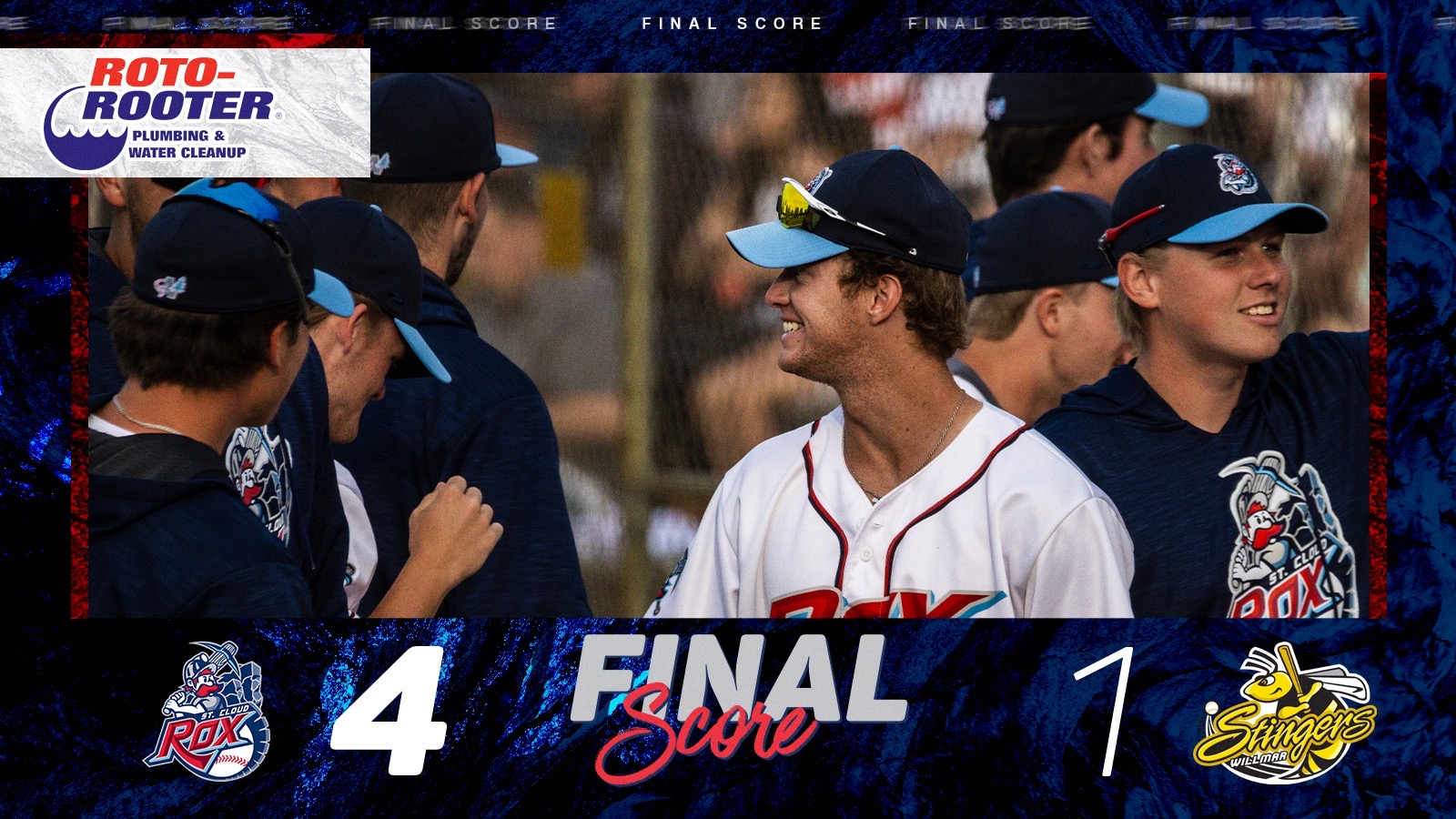 Magnum Hofstetter (Hawai’i) paced the Rox with all four RBI’s on the night. Hofstetter hit his first home run of the season to put the Rox on the board in the third. Then, he extended the advantage with a double to drive in two in the seventh.

It was another phenomenal day on the mound for Hunter Day (Northern Iowa Area CC), who still has a sub-1.00 ERA this summer. Day went six innings, giving up just one run on three hits to keep the Rox on top late into the game.

In the ninth, Chase Grillo (Washington State) finished off the game with a rare four-strikeout inning. Grillo allowed one runner to reach on a dropped third strike before sending three straight Stingers down.

The Rox have two days off before returning to action in Rochester for a doubleheader against the Honkers. First pitch of game one is scheduled for 12:05 pm. St. Cloud returns to the Rock Pile on Saturday for a game against the Mankato MoonDogs.