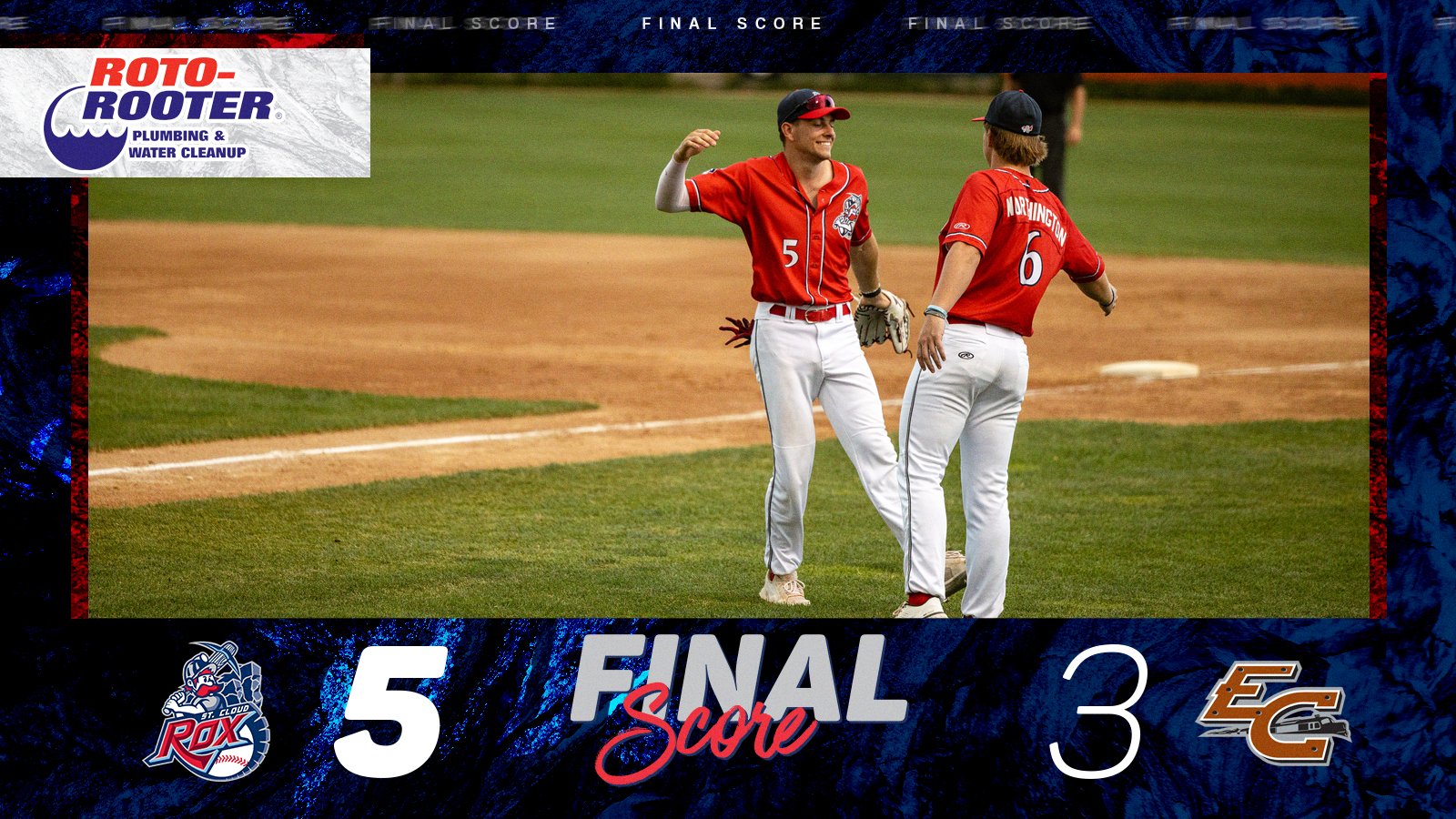 The Rox have extended their lead to six-and-a-half games in the Great Plains West over the Willmar Stingers. St. Cloud moves closer and closer to a first-half championship and clinching a playoff spot.

The Rox scored four of their five runs in the bottom of the second inning behind five walks and a few wild pitches as St. Cloud showed off its plate discipline. Will Worthington (San Diego) also knocked in his third run in two days with a safety squeeze bunt down the third-base line.

The bullpen settled things down late in the game as Nick Hyde (Western Carolina) retired all six batters he faced in the seventh and the eighth hitter. Hyde struck out three batters in his third appearance of the season as well.

Jonathan Martinez came in as the closer in the ninth in his first appearance with the Rox. After allowing a leadoff single, Martinez shut it down and struck out the final two batters he faced.

The Rox open up a crucial two-game series with Willmar on Thursday night from the Rock Pile to complete their four-game home stand. First pitch from Joe Faber Field is scheduled for 7:05 pm.