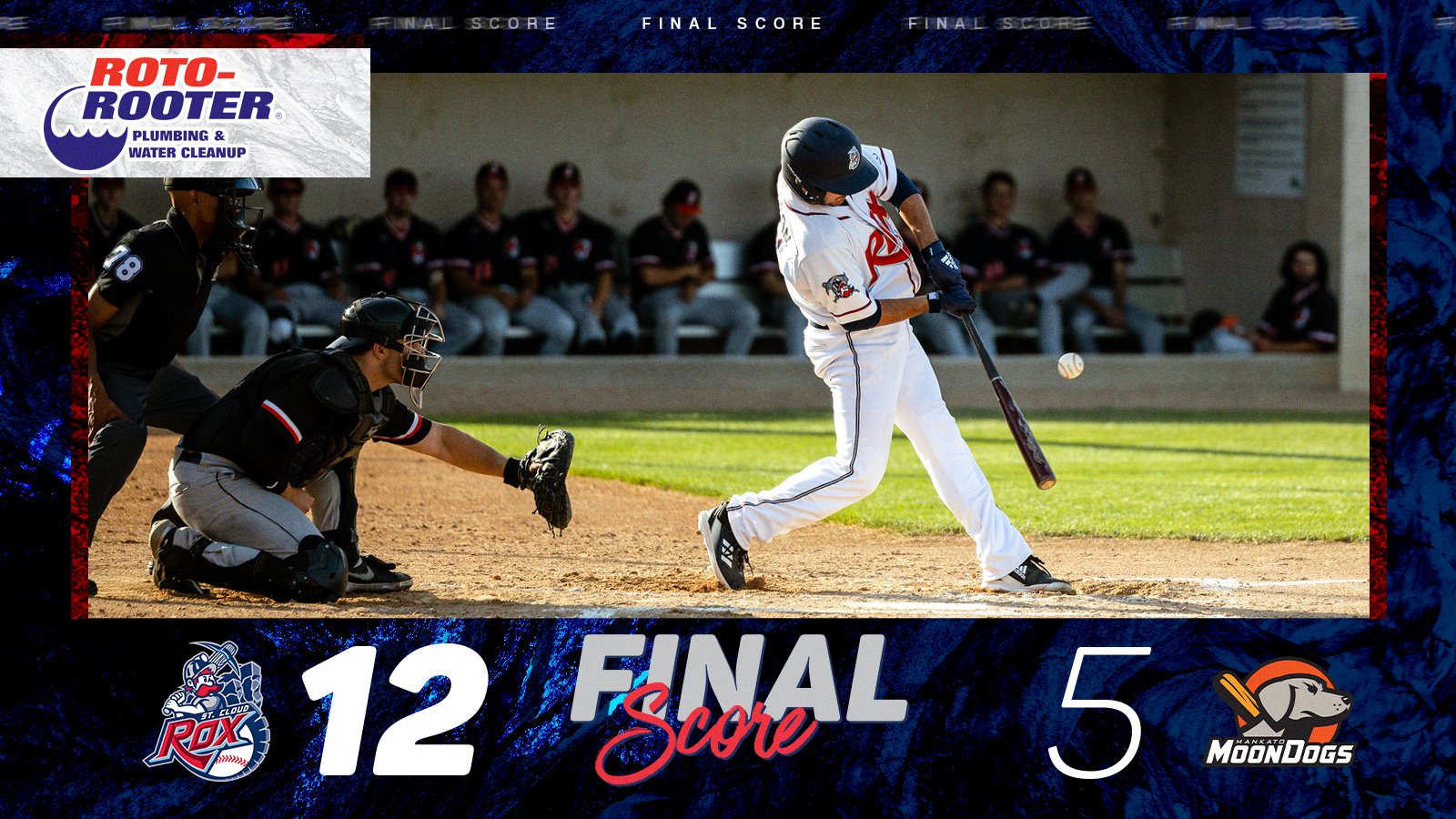 With eight games remaining in the first half, St. Cloud holds a four-and-a-half game lead in the Great Plains West. The Rox could lock up the first-half title later this week if they continue to be successful on the diamond.

The Rox battled back-and-forth early in the game with the MoonDogs, getting a huge RBI triple from Ethan Mann (New Mexico State) to give the Rox a 2-1 lead in the first. In the second, Josh Cowden (BYU) took the lead back again with a two-RBI single.

St. Cloud pulled away in the fifth and sixth innings with three runs in each frame. In the fifth, Jack Steil (North Dakota State) doubled down the left-field line to start the rally and drive in a run for the Rox.

Ryan Jackson (Nevada) was a catalyst all day long for the Rox, doubling in the fifth inning and then drove in a run in the sixth. Jackson finished the day with three hits and reached base every time he came to the plate.

On the mound, Johnny Dow (Georgia State) got his fourth start of the season. Dow finished strong with back-to-back scoreless innings. Dow continually induced weak contact through his five innings of work.

St. Cloud continues its three-game home stand on Monday with a match-up against the La Crosse Loggers. First pitch from the Rock Pile is scheduled for 7:05 pm.