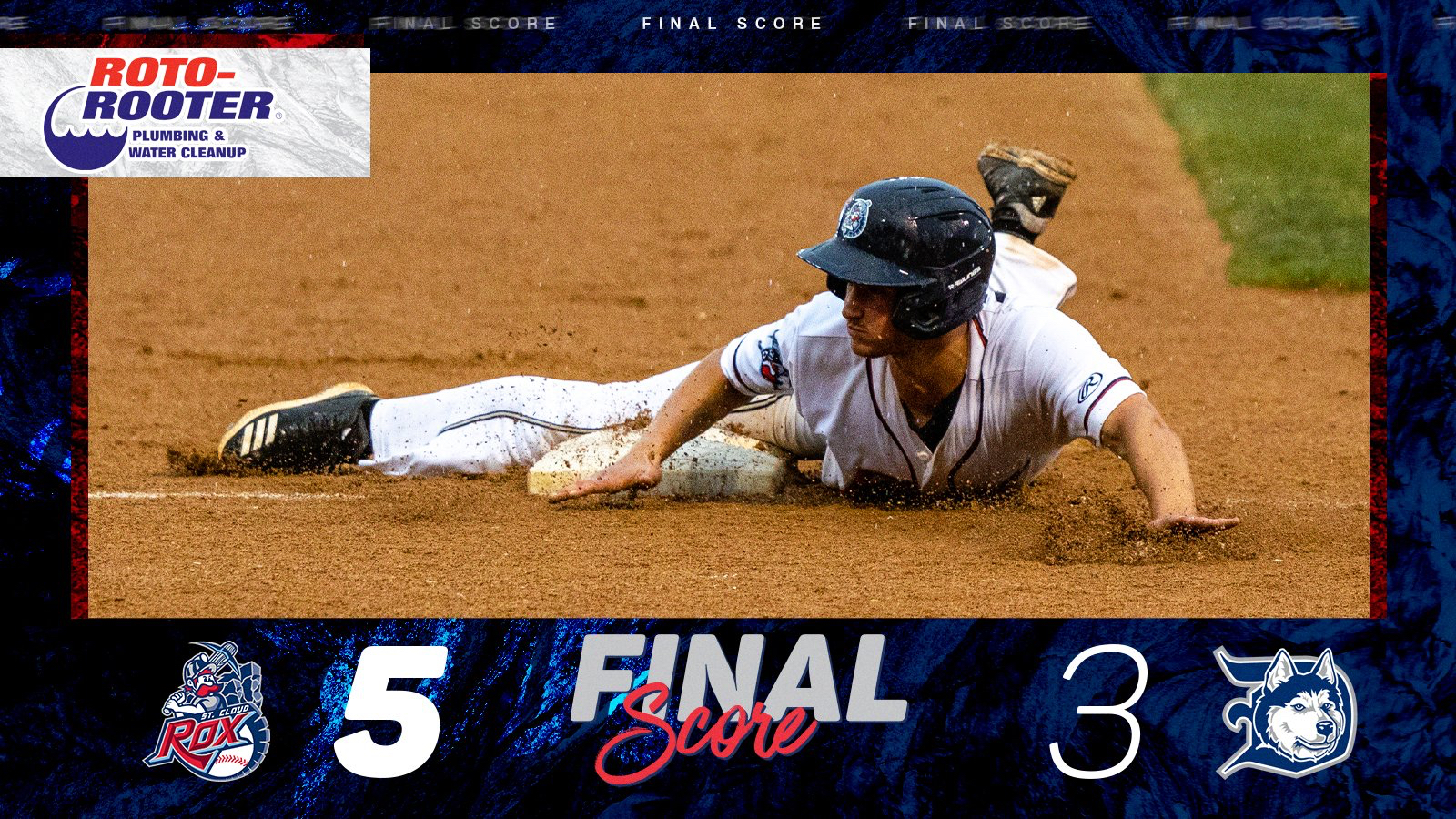 The Rox took the lead early and were able to hold onto it thanks to great work from the bullpen. Conner Wolf (Central Missouri) came in and inherited a jam in the sixth with St. Cloud leading by just one, and was able to strike out two to keep the Rox on top.

Rafael Acosta (Georgia State) struck out the side in order in the seventh, then Brady Posch (Nebraska-Omaha) tossed a scoreless eighth to get the Rox to the final frame. Jacob Moskowitz (Central Missouri) closed out the game with a perfect ninth for his first save of the season.

Trevor Austin led the way for the Rox on the offensive end, contributing in each of his four plate appearances. Austin scored two runs and drove in another while doubling in his only official at-bat.

The Rox finish the series with the Huskies on Tuesday, looking to win the season series in the final match-up between the two teams this season. First pitch at the Rock Pile against Duluth is scheduled for 7:05 pm.