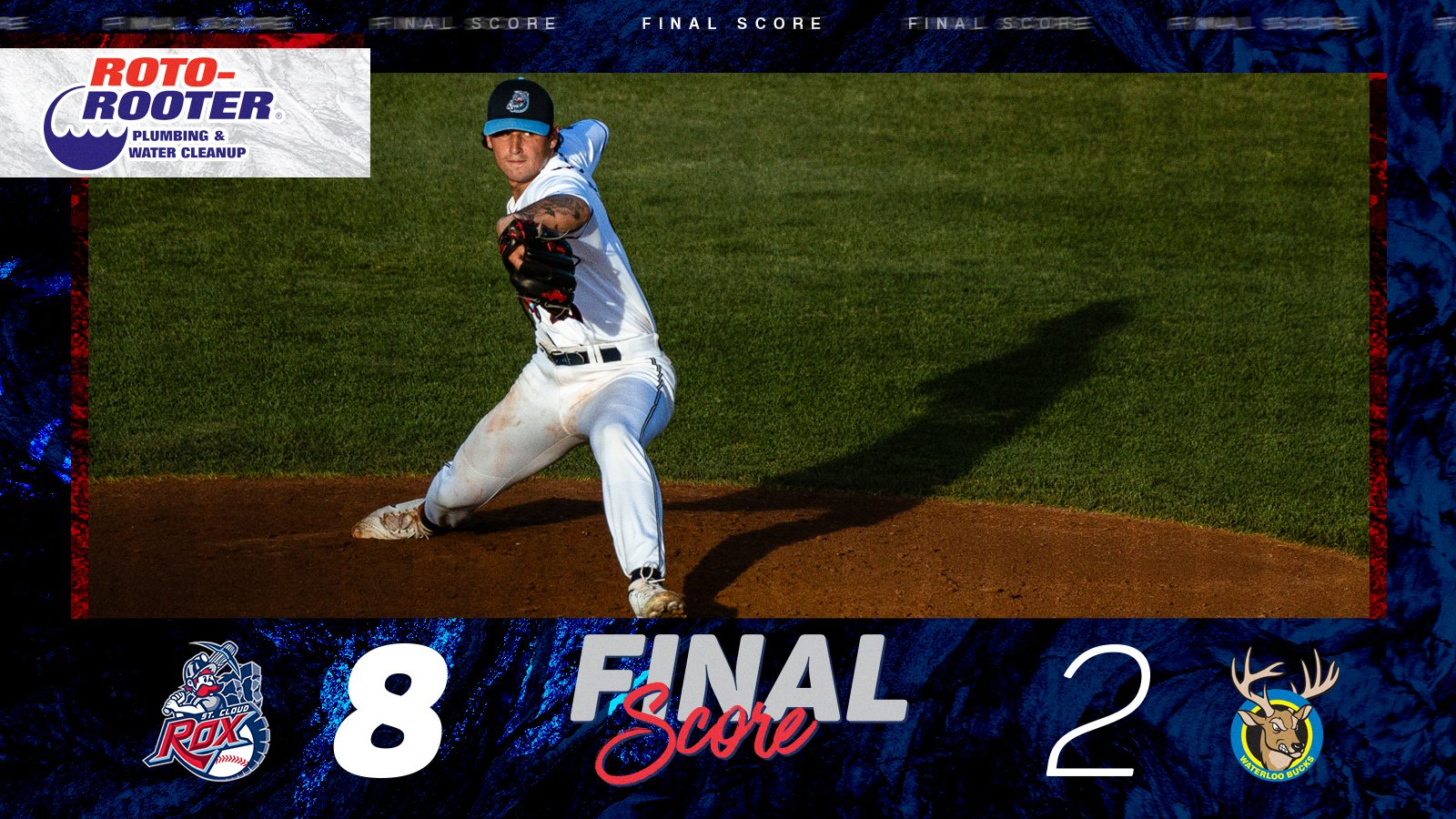 Ethan Mann (Dallas Baptist) continued his scorching second half of the season with a 4-4 game at the plate and hit his team-leading eighth home run of the season. Mann also doubled twice and drove in four of the Rox’ runs on the day

In his fourth game with the Rox, Ike Mezzenga (Minnesota) continued his unbelievable start at the plate. Mezzenga now has multi-hit games in every game with St. Cloud, and on Thursday he drove in two more runs to bring his total to seven.

The Rox also got big contributions from Brice Matthews (Nebraska) who had base hits in each of the Rox’ big innings. Matthews came into score each time as the Rox tallied four in the third to take the lead and added three runs of insurance in the seventh.

On the mound, Brayden Gainey (Alabama) bounced back after giving up two runs in the first inning to complete his best outing of the year. Gainey posted six straight scoreless innings to end his day, throwing seven total frames and allowing just two runs on three hits while striking out five.

Enrique Ozoa (Southern) took over on the mound in the eighth and retired the side in order. Then, Danny Glenos (Montevallo) closed out the win, striking out two in the ninth to secure the fourth win of the homestand.

The Rox conclude their longest homestand of the season on Friday night against Waterloo with postgame fireworks at Joe Faber Field. First pitch from the Rock Pile is scheduled for 7:05 pm.