Rox Win 40th Game of the Season, Finish Week With Sweep of Bucks 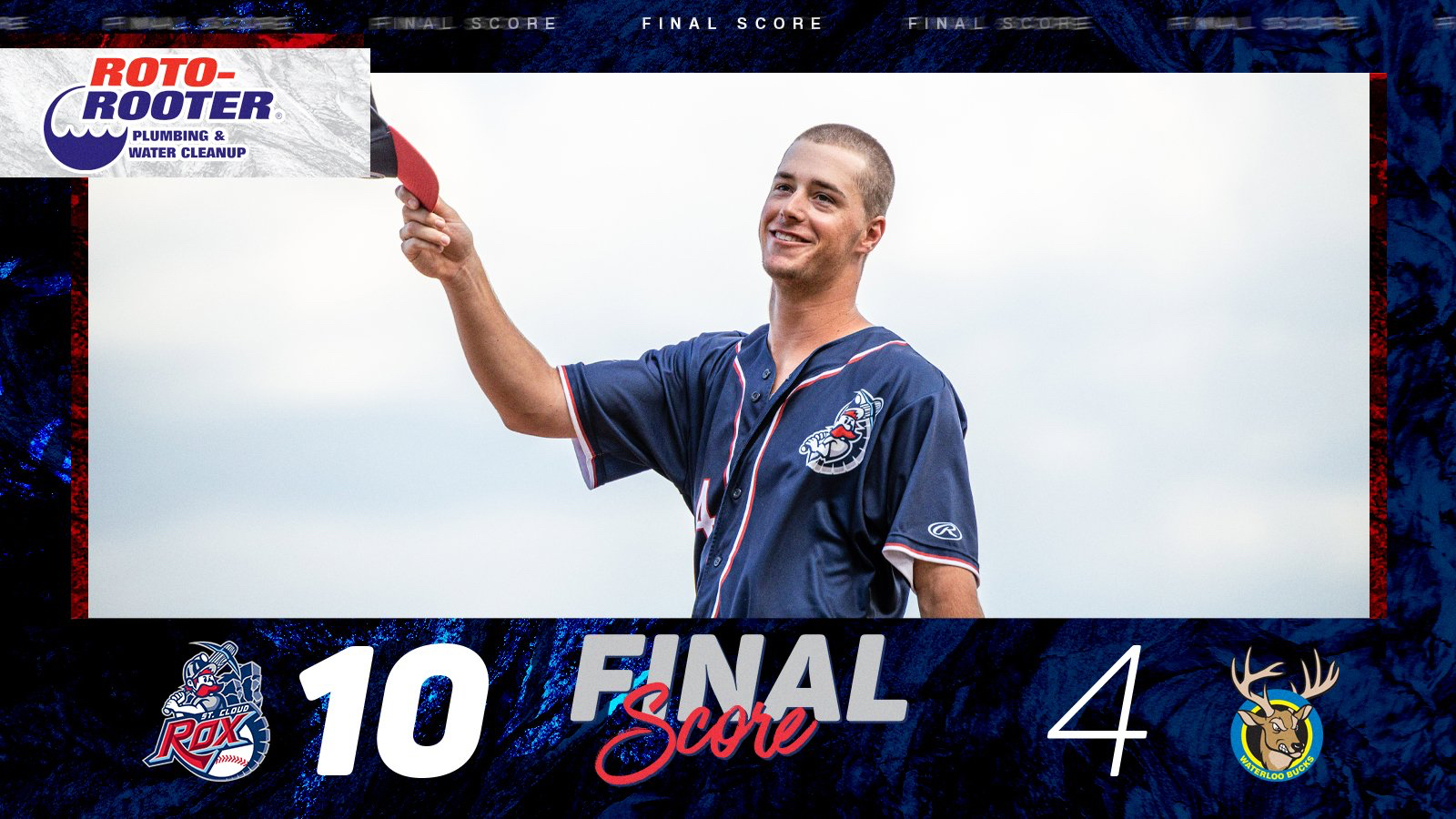 Charlie Condon (Georgia) returned to the starting lineup on Friday and drove in three runs in his first two appearances at the plate, including a two-run double in the first. Condon now has 54 RBI’s this season, which is a Rox single-season record.

Condon was joined by Carson Keithley (Texas State) with three RBI’s on the night. Keithley hit his first home run of the season in the first inning to put the Rox on top 4-2. He would drive in another run in the third on a base hit to center.

In his fifth straight game since joining the team, Ike Mezzenga (Minnesota) recorded multiple hits, now with 12 hits this season. Mezzenga helped the Rox rally for four runs in the eighth inning to add some more insurance.

Nick Hyde (Western Carolina) made his second start of the season on Friday night and responded after a slow start for a quality start. Hyde tossed six innings, giving up just three runs and earning the victory.

Out of the bullpen, Conner Wolf (Central Missouri) and Rafael Acosta (Georgia State) each tossed scoreless innings in the seventh and eighth, respectively. Derek Lilledahl (Minnesota State-Mankato) followed to finish off the win in the ninth.

St. Cloud heads on the road once again on Saturday to start a two-game series with the La Crosse Loggers. First pitch from Copeland Park is scheduled for 6:35 pm. The Rox return home on Wednesday to face the Mankato MoonDogs for the final time this season. First pitch at the Rock Pile is scheduled for 7:05 pm.