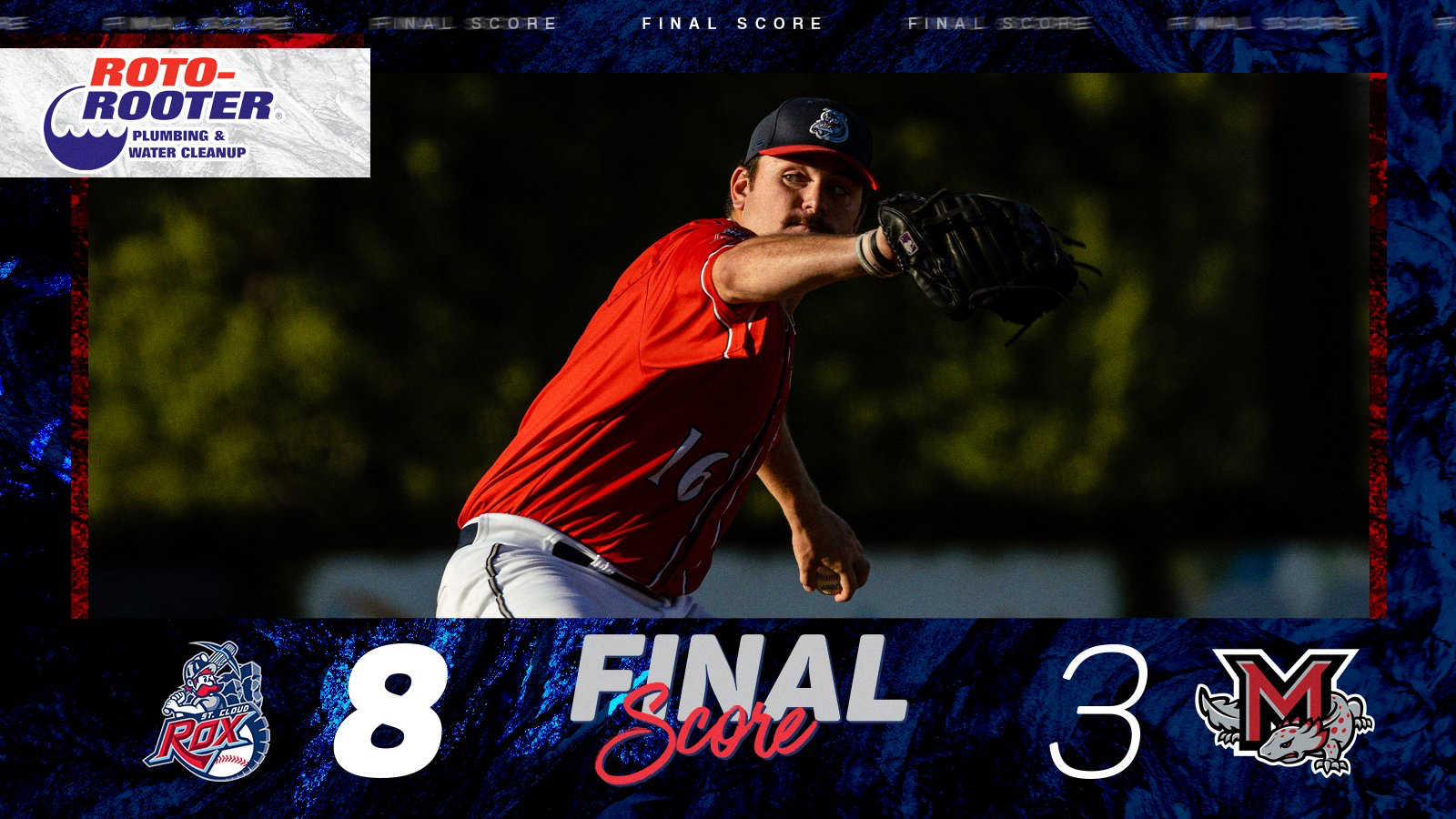 The long ball led the way for the Rox, starting in the first inning as Luca Trigiani (St. Joseph’s University) made a huge impact with his first hit of the season. Trigiani came up with the bases loaded and two outs and knocked a grand slam over the left-field wall to make it 4-0 Rox.

Later in the game, John Nett (St. Cloud State) hit his fourth home run of the summer, a three-run shot to left to help the Rox put away the Mud Puppies in the seventh. Nett finished the day with two stolen bases and two runs scored as well, scoring an an RBI single from Charlie Condon (Georgia) in the fifth.

Aiden Adams (Tarleton State) was stellar in his second start of the summer, throwing six innings and allowing just two runs. Adams struck out ten Mud Puppies batters, accounting for most of the 16 batters the Rox punched out on Friday night.

The bullpen came up huge late in the game as well, retiring the side in order in the seventh and eighth. Jacob Moskowitz (Central Missouri) tossed the seventh and struck out two, while Brady Posch (Tarleton State) did the same in the eighth to help the Rox pull away.

St. Cloud stays home for the weekend for two games against the Waterloo Bucks, starting on Saturday. First pitch at the Rock Pile is scheduled for 6:05 pm.