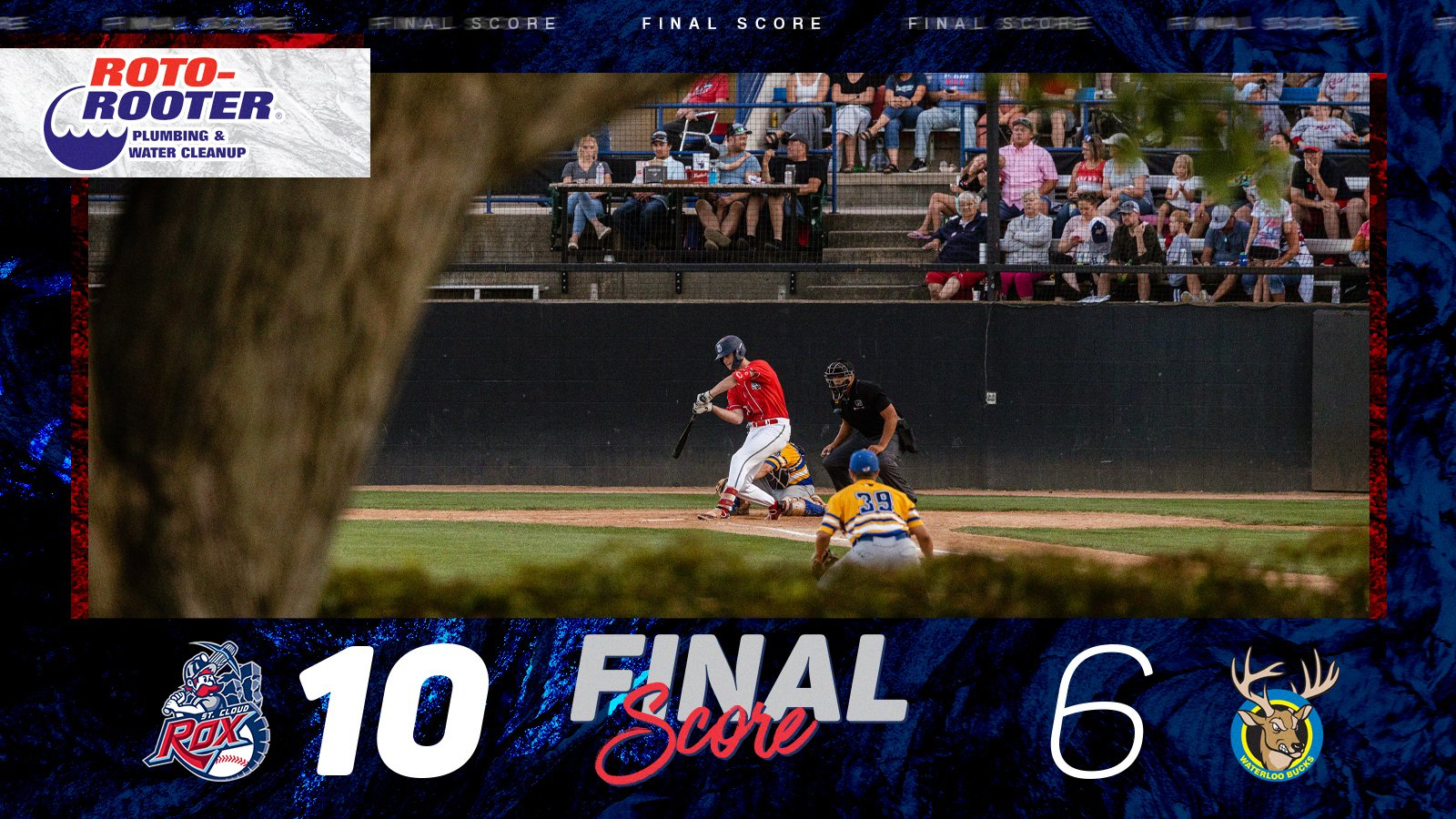 The Rox put together a huge third inning to take control of the game, scoring six runs early. Carson Keithley (Texas State) drove in St. Cloud’s first run of the game with his second hit of the game. Garrett Pennington (Wichita State) came through with the biggest hit of the inning, driving in two with a double to left field.

Charlie Condon (Georgia) helped add some cushion for St. Cloud later on in the game, doubling in the fourth and coming into score. Then, Condon drove in two more in the fifth with his third hit of Sunday’s game.

It was a record-breaking day for Hunter Day (Tarleton State), who earned his eighth win of the season with his five innings on the mound. Day is the first Rox pitcher ever to reach eight wins in a season, and Day has done it without recording a loss.

Out of the bullpen, Conner Wolf (Central Missouri) tossed a perfect seventh inning to help the Rox to the win. Wolf pitched in consecutive games and recorded scoreless frames in each game over the weekend.

St. Cloud heads on the road to finish the series with the Bucks, playing two in Waterloo over the next two days. First pitch from Riverfront Stadium is scheduled for 6:35 pm.

The Rox return home for the final home series of the regular season against the Minnesota Mud Puppies on Wednesday. First pitch from the Rock Pile is scheduled for 7:05 pm.