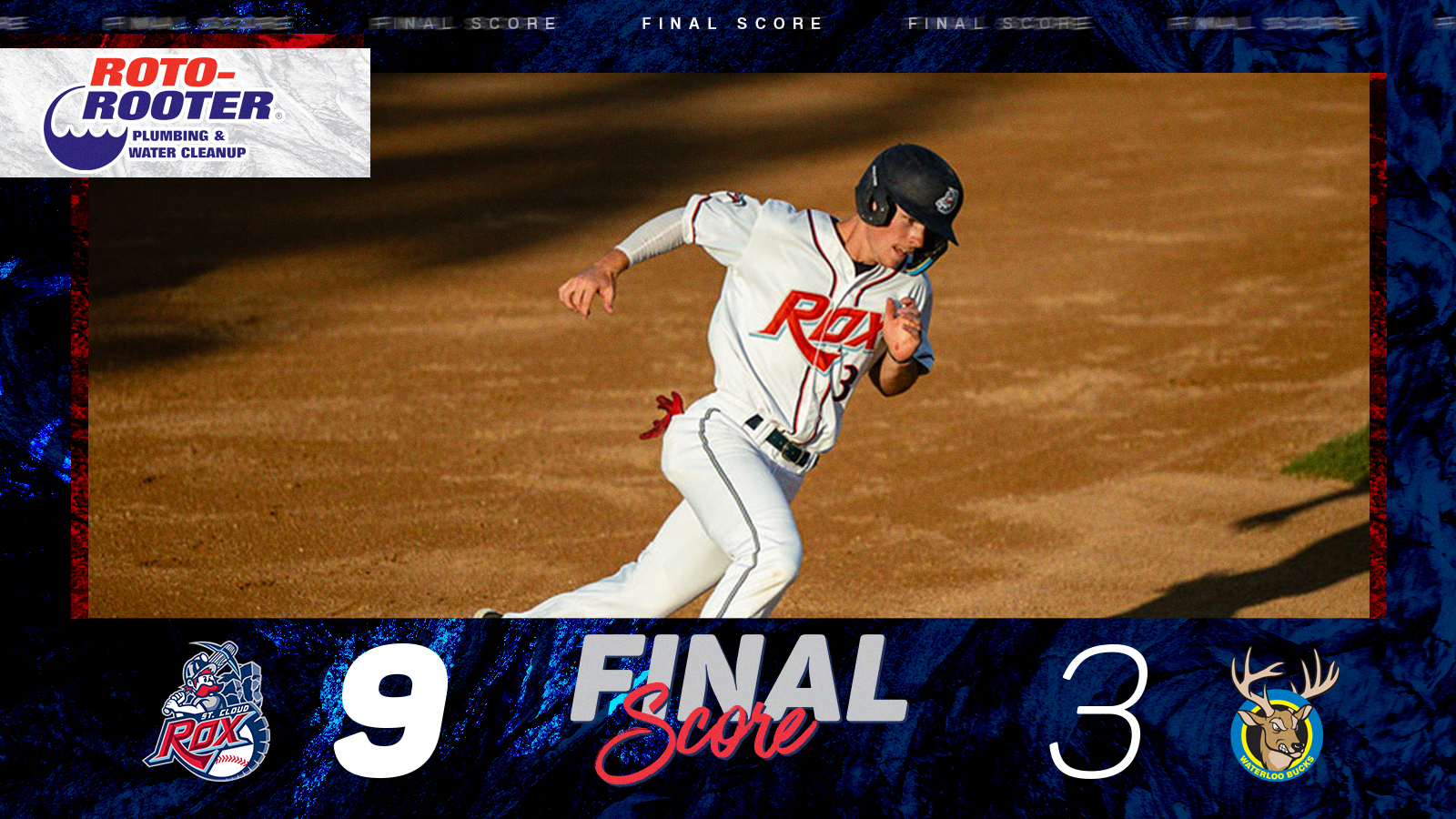 Magnum Hofstetter (Hawai’i) stepped up to the plate with the bases loaded and two outs in the top of the ninth and slapped a base hit into right field to score two runs and give the Rox the lead. O’Neill Burgos (Southern) scored the go-ahead run and finished the day with two hits and reached base four times.

After the Rox took the lead back, they wasted no time continuing to pour it on with three straight hits. John Nett (St. Cloud State) and Trevor Austin (Mercer) each drove in one with a single, then Ike Mezzenga (Minnesota) knocked in two more.

In the bottom half of the ninth, Enrique Ozoa (Southern) left nothing in doubt to close out the victory. Ozoa struck out all three batters he faced to get the Rox to their fourth straight victory.

Brandon Jaenke (Viterbo) started the game and had a great day on the mound, allowing just one run in his five innings of work. Jaenke struck out six batters to bring his season total to 14 in his two starts this summer.

St. Cloud finishes its four-game series with Waterloo on Tuesday, looking to sweep the season series with the Bucks. First pitch from Riverfront Stadium is scheduled for 6:35 pm.

The Rox return home for the final home series of the regular season against the Minnesota Mud Puppies on Wednesday. First pitch from the Rock Pile is scheduled for 4:05 pm.