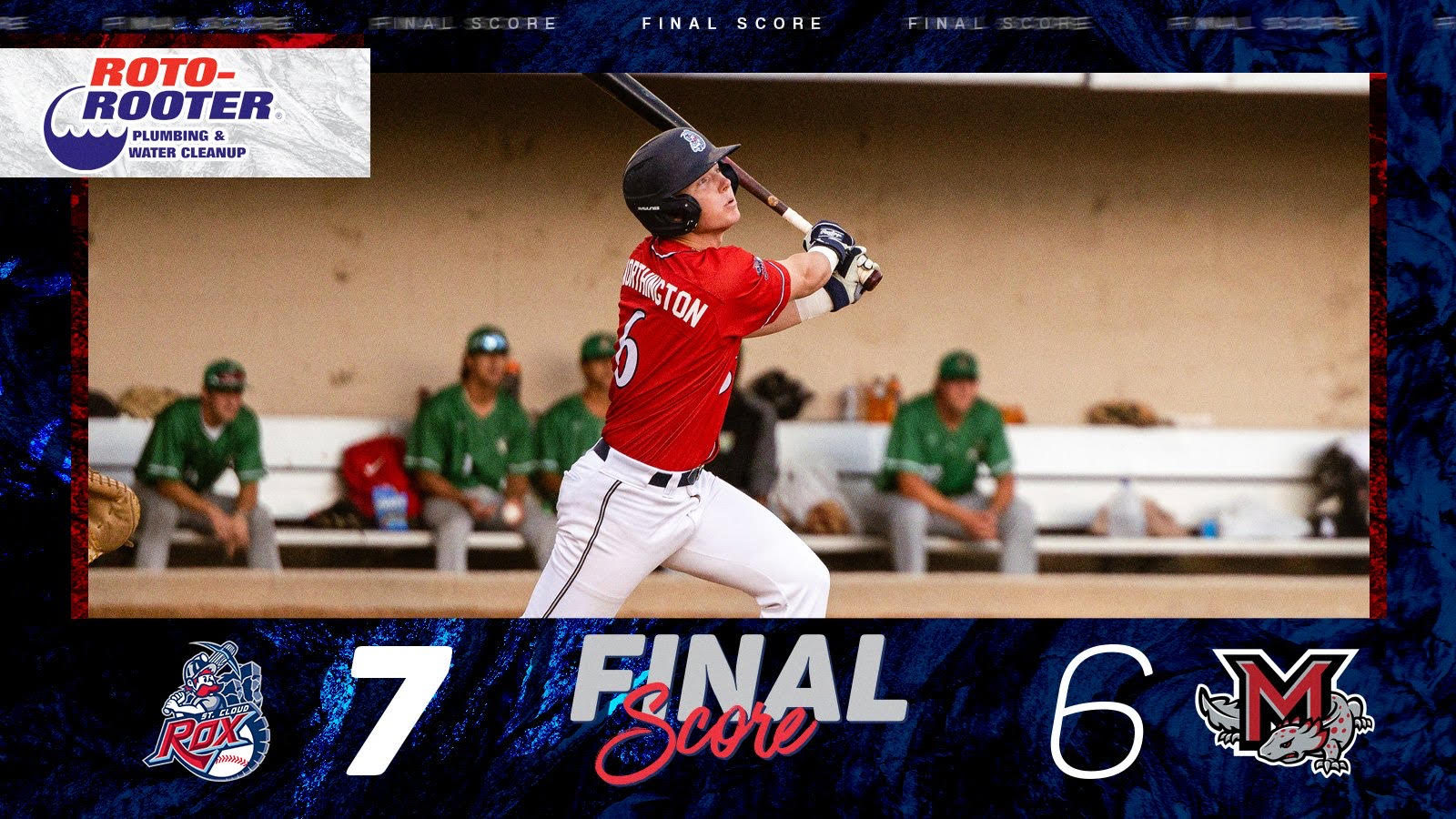 With the win, the Rox have guaranteed that they will have home-field advantage in their first-round playoff series against Willmar. Game one will be in Willmar on Sunday, while the Rox will host game two on Monday and game three, if necessary, on Tuesday night.

The Rox entered the ninth inning down by one and needed a rally to avoid their six-game winning streak from being snapped. Charlie Condon (Georgia) drove in the tying run on a single to center field after John Nett (St. Cloud State) and Ike Mezzenga (Minnesota) walked.

One more walk loaded up the bases for Will Worthington (San Diego) with just one out in the ninth. Worthington fell into a two-strike count before singling to right to score Mezzenga and walk-off the game for the second straight night.

After hitting a walk-off home run yesterday, Mezzenga came through for the Rox in the seventh again tonight. With the Rox down by four, Mezzenga doubled with the bases loaded and knocked in three runs to put St. Cloud right back in the game.

Carter Petron (Southwest Minnesota State) made his first start of the season on Thursday and kept the Mud Puppies at bay early. Petron pitched four innings and only gave up one run, while striking out three.

Late in the game, the Rox relied on the bullpen to keep it tight. Janzen Keisel (Oklahoma State) pitched a perfect seventh and struck out two. Later on, Chase Grillo (Washington State) gave the Rox a chance in the ninth with another scoreless inning.