Rox Escape With Seventh Straight Win, Stay Unbeaten in the Second Half 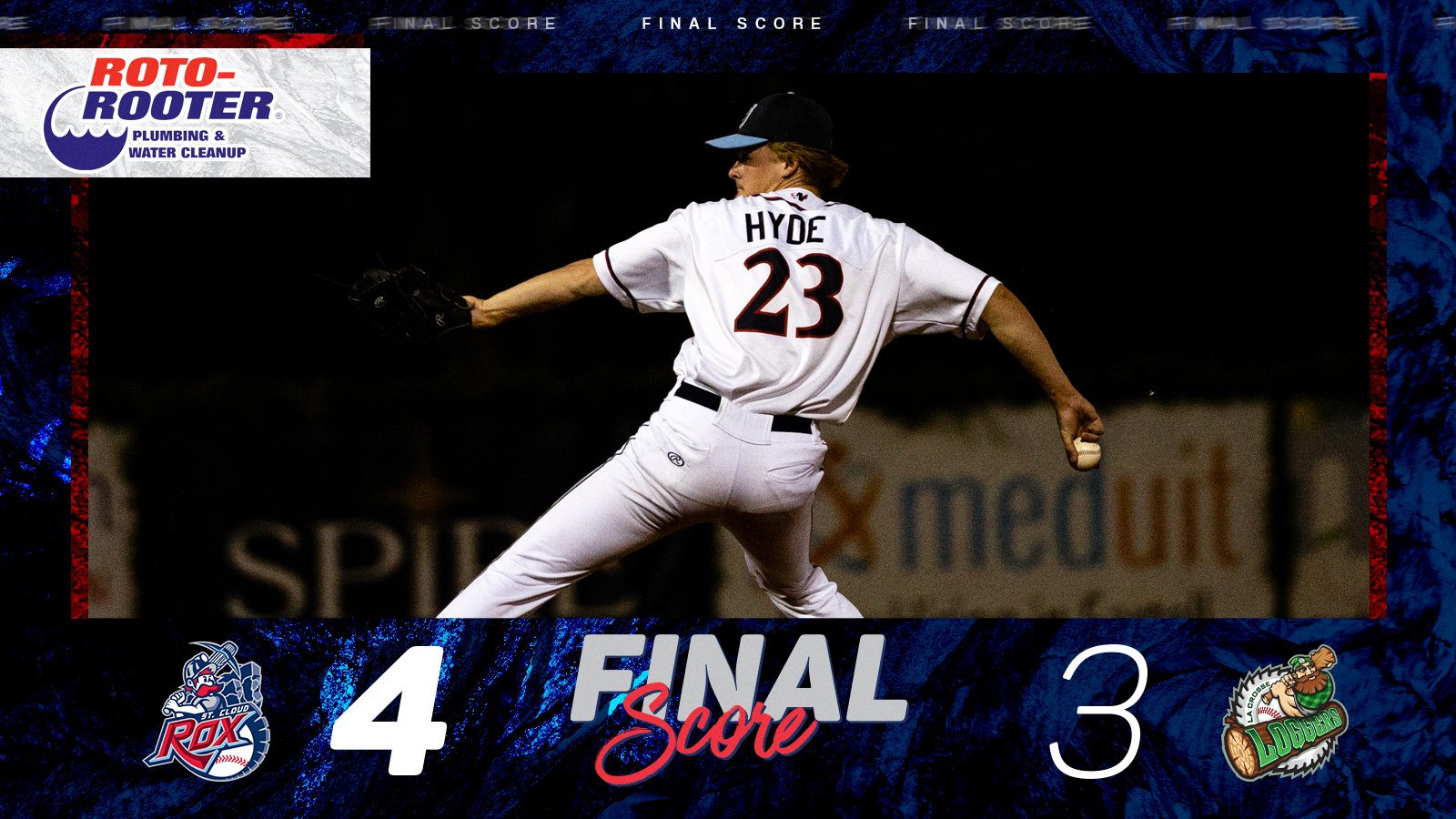 Charlie Condon (Georgia) got the Rox on the board early with his sixth home run of the season to straightaway center field. Condon extended his lead for the most RBI’s in the Northwoods League with two today to put him at 44 this season.

It was another good day for John Nett (St. Cloud State) at the dish as the all-star outfielder went three-for-four with two doubles. Nett drove in the Rox’ final run of the game with a two-out RBI single in the fourth.

The Rox bullpen had a great night at the Rock Pile to help St. Cloud finish off the victory. Nick Hyde (Western Carolina) pitched a season-high four innings and punctuated his appearance with three straight strikeouts in the seventh.

Jonathan Martinez (Texas State) came on to finish off the game with a two-inning save. Martinez earned his second save of the season, throwing a perfect eighth inning, before getting out of a jam in the ninth to close out the victory.

The Rox finish their two-game series with the Loggers on Wednesday, looking for a third sweep of La Crosse this season. First pitch at the Rock Pile against the Loggers is scheduled for 7:05 pm.